As I work on updating Forrester’s tech market forecasts for the US and the world, I have been struck by the disconnect between how I see the software market outlook and how vendors and investors see it. 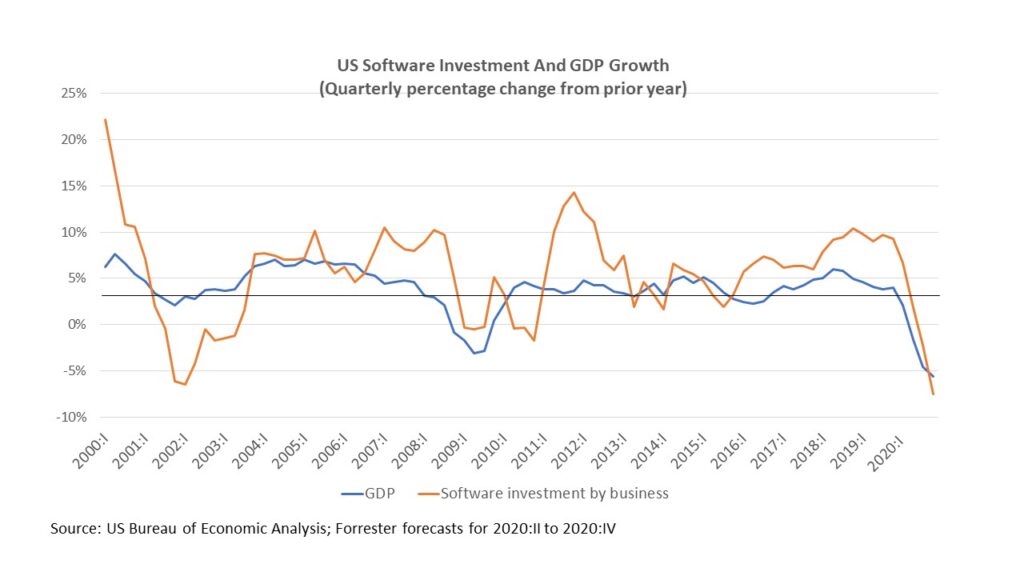 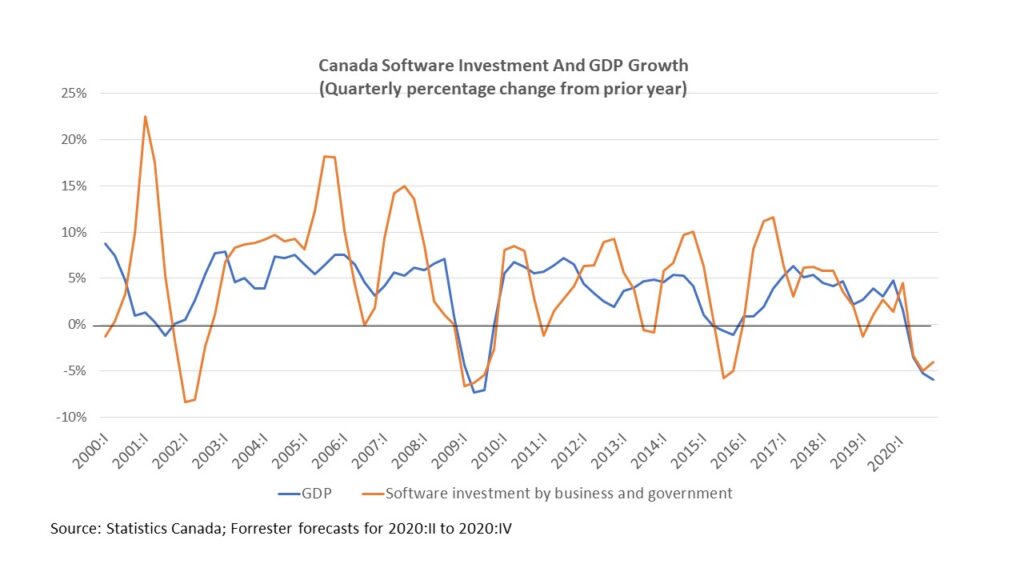 However, in our more comprehensive tech market reports, we go one and two levels below these top-line numbers for the total software market and size individual software product markets. To do so, I go through financial releases, earnings forecasts, and our own estimates of the revenues of over 1,000 software companies. In updating these numbers, it has become clear that many vendors are not projecting declines in their revenue in 2020. The exception is licensed software vendors, which are generally forecasting that their revenues will decline in 2020. For example, SAP, in its preliminary financial results for Q2 2019, posted a 17% drop in license revenues. But software-as-a-service (SaaS) vendors are still projecting that their revenues will grow in 2020, albeit with one or two quarters of soft growth. Using Yahoo Finance’s data for a dozen leading SaaS vendors, the consensus equity analyst forecasts for revenue growth in fiscal 2020 averaged 21.6%; taking just the low estimates, the average is still 19.7%.* If anything, these equity analyst forecasts understate vendor expectations. Equity analysts generally derive their revenue forecasts from guidance from vendor CFOs, who have a tendency to set low expectations that their company can then beat.

So how do we reconcile these two radically different views of the software market outlook? Here are the two options:

Option 2: Vendors’ revenue projections are too optimistic, and actual results will be worse than they assume. As my recent blog showed, there is hidden weakness in SaaS vendors’ earnings reports and projections (see Forecasting In Uncertainty: Warning Signs Inside The SaaS Vendors’ Recent Earnings Reports). Here are some additional reasons why this may be the case:

The bottom line? We are probably a little too pessimistic. But the SaaS vendors are much too optimistic. In markets such as the US, where SaaS has high penetration, the software market drop will not be as steep as our model has suggested. In the US, I now think software purchases will drop by 3% in 2020, not the 7% I projected in April. But I think our model is still appropriate for countries such as Canada, China, France, Germany, and the UK, where SaaS has made fewer inroads. At the same time, I think many SaaS vendors are “whistling past the graveyard,” to use an old country expression. Their expectations for double-digit revenue growth in 2020 rest on hopes that the US and other economies will recover quickly in the third or fourth quarters of this year. Those hopes may be realized in a few countries, such as Australia, China, Germany, the Nordics, and Southeast Asia. But they are looking less and less likely for the US, the UK, Southern Europe, South America, and India. I think that many of the SaaS vendors are more likely to see single-digit growth in 2020 rather than the double-digit growth they now assume.